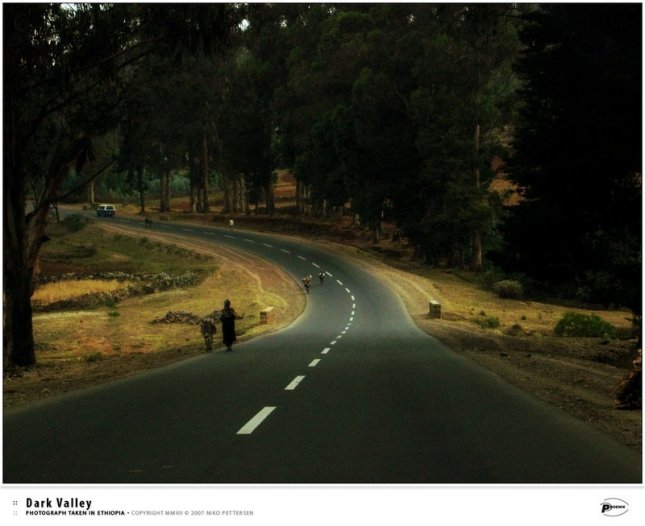 Last week started as any usual week. Busy schedules, work, ballgames, kids wanting to go here and there, nothing out of the ordinary except this nagging irritation in the pit of my being. Being a woman, I figured it was just a normal ride on the nice little hormonal rollercoaster we encounter periodically, and I was sure it would fade as usual. As the next day rolled around, the irritation remained and was in greater capacity. I prayed, asking God to help me not feel like I could bite a nail in two, yet it proceeded from nail-biting to feeling like I could go postal at the drop of a hat. Friends would ask me what was wrong and I felt stupid admitting that I just didn’t know what was going on inside of me. Perhaps I was feeling the anticipation of my children’s hearts as Father’s day was approaching and two days later the 2 year anniversary of their father’s death, heck! I just didn’t know! The fact that I couldn’t shake it and was getting no answer to my “what’s up with me” questions to God was leaving me quite distraught. I finally came to the conclusion (through the help of a friend who is always faithful to sharpen me as iron does for iron) that God was leading me to a place of release and when He knew I was ready, He would faithfully reveal the purpose in all this madness. Until then, it was pray for sanity!

Sunday morning I awoke as the light peeked through my bedroom window. As soon as my eyes were open, my heart felt a gentle nudging. It was Father’s day and my heavenly Father wanted to spend time with me before anyone else was up. Coffee was fixed, and I went to sit outside to enjoy the cool of the morning. As I went to sit down, it felt as if a dam inside of me was about to break. Before I could mutter a word, I heard the sweet voice of my Father shhhh’sh me (hey, sometimes I think He even puts His hand on my mouth when He wants me to be quiet 😉 ) and thus began the revelation of the past few days. As I crawled up in the lap of my Father and laid myself in His embrace, I knew it was time to let go….

For the first time, after two years, I allowed my heart to finally grieve, without any restraints or reasoning, the enormity of the loss that not only my children had suffered, but that had also pierced my heart. I didn’t try to understand, analyze, explain or restrain the tears that were flowing from somewhere deep inside. I just let them fall. I felt their warmth as they trickled down my cheeks. I tasted their saltiness as they found themselves upon my lips. Like a dam that had been opened, my soul had my unspoken permission to purge herself from all that she had been holding back behind those fortified walls. Oh, I’m sure had there been certain onlookers, they would have scoffed at my emotion, yet in this moment, it was just me, my Father and the gentle breeze that rustled through my hair. (oh and my dog was there, my sweet, loving, protective beast of a dog – leaning as close to the fence as he possibly could and looking sideways out of the corner of his eye – somehow understanding the moment and sharing it with me!)

I had lost the one who had become one with my soul many years ago. That supernatural connection doesn’t fade just because a legal paper says you are no longer together. It doesn’t diminish in meaning just because life got the best of you. In the eyes of the one who wove the threads together, it is only severed when He says that it is. How do I know this? Because GOD told me so! I don’t believe in coincidences so no, I don’t find it strange that the day that Derrek took his last breathe on this earth was the same day that 17 years prior, God had joined together two people and made them one. Yes our marriage had failed and in the physical, tangible world that we dwell in, we lived our lives as two separate entities. Yet in the eyes of the Almighty Author of our destinies, He had ordained time and circumstance to allow me to be present in the room as He called Derrek to his heavenly home. In the wee hours of a tragic Saturday morning, my daughter looked up and me and realized what particular day it was, with a broken voice she cried to me, ‘momma it’s June 18, our wedding anniversary’. I, overwhelmed with emotion was walking out of the room, when the audible voice of God spoke to me and said, “I meant it when I said til death do you part.” I knew right then it was soon, very soon and within minutes we witnessed a soul being led from this world into the realms of heaven.

A season of my life was over and a new season was laid before me. A season that would lead my children and I through a valley that, whether we were ready or not, it was time to venture on. The psalmist calls this place the valley of the shadow of death. Most of the time this particular scripture in Psalm 23 is used to reference the transition of the one who is passing. However, I can tell you from experience that, if you are a believer in Christ, there is no valley that you must treck through to get to Him. The bible says “to be absent in the body is to be present with God” and I watched as these words came alive when Derrek took his last breathe here. In an instant, his unbearable pain turned to incredulous peace as He reached out for Jesus and took hold of His hand. I watched in his eyes as his spirit left this world and crossed over into the realms of eternity. There was no valley, only a glorious gathering of angels welcoming him into his new, forever home. The valley was awaiting our feet and the shadows were falling on our hearts.

What is the valley of the shadow of death?

~It’s when you are blowing out your candles and everyone is singing to you the birthday song, and there is the once voice that you would love to hear.

~It’s that grand slams , the touchdowns, the 3 point shots, and even though the crowd is cheering you on, there is one face you are aching to see in the crowd.

~The song on the radio, the TV show you used to watch together, the little things that remind you of the empty space that no one on earth can fill.

~The moments of despair as you lay in your bed wondering how in the world you are supposed to do all of this alone.

~Wishing for that voice of wisdom as you need direction as you grow up.

~The dreams that are so convincing until you wake up and realize that life is still what it is.

~Those times when you just want to call and talk and share and laugh and love and hug.

~It’s everyday life and learning to live it differently now that a part of you is forever gone. Those triggers that bring a smile to your face and a tear to your eye.

Yes! The valley can be a solemn place, but, ah! It is also full of promise! The scripture goes on to say, “Yea, though I walk through the valley of the shadow of death – I will fear no evil, for Thou art with me. Thy rod and thy staff they comfort me.” The valley may be paved with heartache but it also blossoms with memories. At some points you will laugh so hard your stomach hurts and other times you will cry so hard that you feel you can’t possibly cry no more. There will be times you run on auto –pilot and times that you feel like you can’t take another step. But ALL times there is the promise that we are not alone! God, our good Shepherd, walks with us every step of the way. He was there in the hospital room , preparing us for our journey and He has been in every moment since. He promises that no matter what the valley may bring us, or the shadows that are cast upon us, HE is with us! No matter how heavy the heartache – He will comfort us. No matter how empty the space – HE will fill it. No matter how many times we feel like we just can’t make it – HE will be there to lift us up and lead us on. He is ever present and ready to meet us wherever we need Him – in a car, on a jog, in your room, on a field, on a treadmill, and even sitting outside on your wicker loveseat on a beautiful, breezy Father’s day morning. No matter how dreadful the valley or how dark the shadows sometimes, HE IS THERE! Will we ever move out of the valley? No. It’s a trail that we will have to blaze until it comes our time to cross over, but we need not to fear when HE is our travel companion.

The tears ceased and my heart was renewed. On this particular Father’s day it was me who received a gift. Healing, comfort, release, and a beautiful reminder that my God is good and He is still…and always…with me.

Posted by Christy McMakin on June 21, 2013 in Uncategorized